It was Friday, 24th of July 2011. After being so tired running to board my train (check the end my previous entry) i finally arrived in Deggendorf after roughly 4-5hours in the train. I thought Deggendorf would be smaller than Stadtoldendorf (stadt=city). Since it holds the name ‘dorf’ which in English it means ‘Village’. Anyway i guess its kinda big town because the University Of Applied Sciences is there. I guess most probably this town is full with students.

I was picked up by my exschoolmate, Faiqsyahmi. I think the last time i saw him was in 2006 when i was in form 5. He is studying Mechatronic in University of Applied Science, Deggendorf, German. So i got a glimpse of malaysian student’s life in Germany. He got a friend, Aishah. She was nice enough to let me stay in her room for 2 nights. 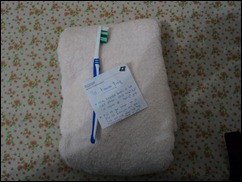 Aishah just gone back to Malaysia that Sunday morning so i could not meet here but she left me a note with a towel and tooth brush. It is sweet of her isn’t it. 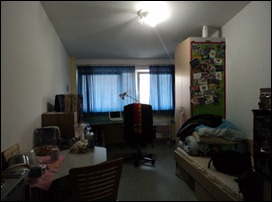 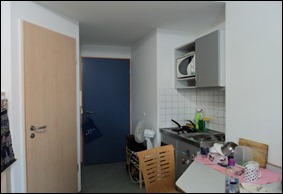 As i arrived in Deggendorf late that evening, i went first to Faiq’s house and guess what? i got to eat Malaysian food. I had ‘Ayam Masak Merah’ . Hm i think so.. but anyway it was delicious! and i really miss Malaysian food and thank you thank you so much for the dinner. Real Malaysian food oh how i miss it. Cant wait to go back and eat ‘Gulai Tempoyak Ikan Patin’ and it be more meaningful cause it will be Ramadhan. Its been a long time since i had Ramadhan with my family. Always fasting in University the past few years. Ok looks like i changing topic right now.

The next morning, again i got to eat something Malaysian. It was fish curry and rice!  Oh thanks again and later after the meal we start our journey to Munchen.

We decided to there by train. Munchen or Munich is a busy town it would not be a good idea to go there with a car. We will end up in the traffic rather than moving around.

We got our ticket. We was lucky cause we took a group ticket and we had another extra mate which is an old man. So instead of paying 19euro person, we only paid ~10 euro per person.

That i guess indicates that our journey gonna be good and it really was :)

Up next, Munich the city of…. i don’t know..i only want to go there because it was a place for Bayern Munich Football team ;p

p/s: Apart from having a university in their town they also have BMW factory based here. Cool! ;p