photos without watermark is from other sources, click on picture to go to its original site.
It was Monday morning, 25th of July 2011. We depart from Deggendorf roughly at 9.30am. It was roughly 2 hours journey by train an hour by car. One day is not enough to explore the city people and i hope to go there again and stay there longer.
München or known as Munich in English is the third largest city in Germany after Berlin and Hamburg. This city was badly bombed during world war II and only during the Olympic summer games in 1972 this city start to be more developed and re-constructed with new landmarks which is the Olympia Park. I believed that during Adolf Hitler time Munich had been badly hurt and now it is slowly picking up every pieces and i think this city hold such a great history and that’s why i love this city compared to Stuttgart apart from Bayern Munich Football Club hahaha.The truth is this city give me more impact in the heart compared to Stuttgart.
The interesting attraction about this city is that, it has kept the identity of a ‘big village’. This is because in the city center no buildings are allowed to be build higher than the towers of the Liebfrauendom or Frauenkirche. 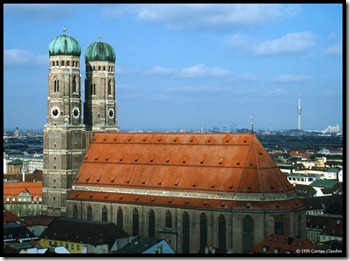 The towers of Frauenkriche (Church of our lady)
I didn’t go to the Frauenkirche but i saw it from a far while i was walking around the city. As it was the highest tower no wonder i keep on seeing that building and i think the second highest is Marienplatz. Well i am not sure about the fact but that’s what i observed. As you can see in the picture below if you go to a higher place you can snap a picture of the two  Munich city landmarks which are the Marienplatz and Frauenkirche. 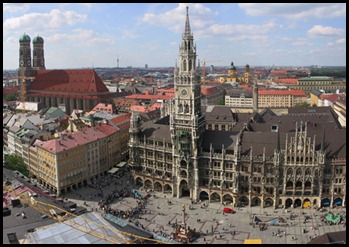 Beautiful view of the city famous landmarks: Frauenkirche and Marienplatz
The first place that i go after i arrived in Munich is the Marienplatz Square. It is the heart of the city of Munich. I was lucky cause i was there at noon (12pm). The main attraction of the Marienplatz is the carillon in the tower of this town hall which will resounds at 11a.m and at noon. I got to know that in summer it will resounds at 5pm too. The carillon will make a round which somehow it will appear like it is dancing.

Load the video to understand more what i meant.

Just few meters away from the Marienplatz, there is a famous market which is called the Viktualienmarkt. It is a famous food market and beer garden in the city center. 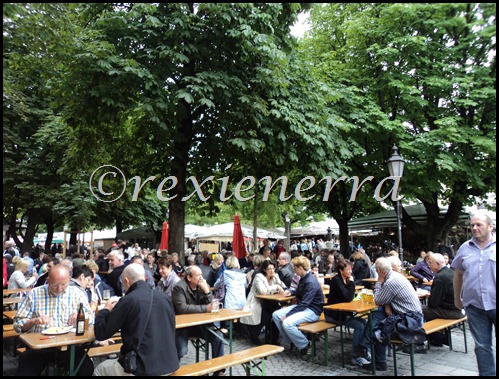 Please remember Germany is famous for its beer and don’t be shock to see almost the whole day people drinking beer and hang out with friends. One thing i noticed while i was there was the icon or identity of the Bayern or Bavaria districts which is the Maypole. 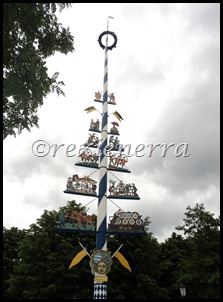 Maypole of the Bayern
Check it out here about the tradition: maypole tradtion
Next we went took an S-bahn to Odeonsplatz where it is near the Frauenkirche and we begin the sightseeing before we head to the Englischer Garten (English Garden) which is one of the most largest urban public park in the world. 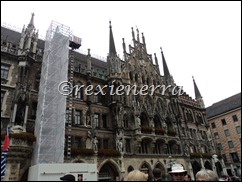 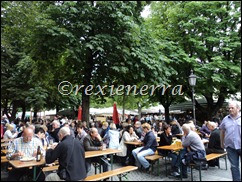 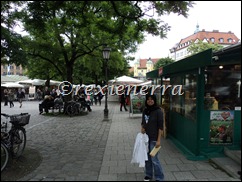 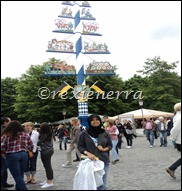 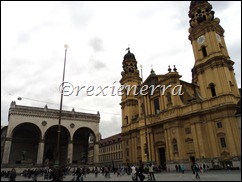 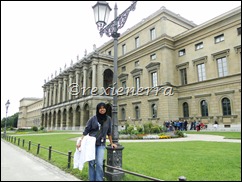 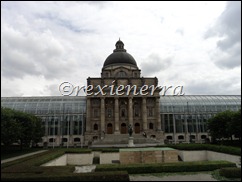 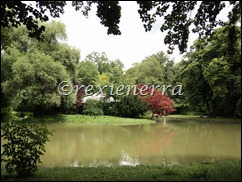 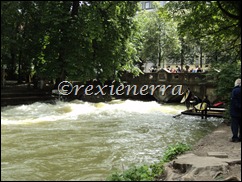 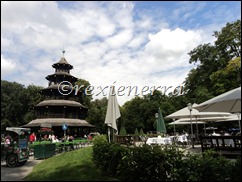 The pictures i took can’t compare with the live view, it was just beautiful and fortunately the weather was good that day. We could walk and see more of the cities. If it was raining it will be too cold to go outside for sightseeing. The local people here said this summer doesn’t feel like summer at all cause it was always raining.
Up next Schloss of Nymphemburg (Nymphemburg Castle)!
p/s:
Can’t put everything in one entry..sorry peeps.