After the visit to the Chelsea FC Museum and Stadium Tour, i started making my way to the city of London to meet my aunt and Denisse there as we promised earlier. We actually part ways that morning and promised each other to meet up for the theatre called STOMP. We already booked the ticket online the night before which makes everything so simple and convenient. 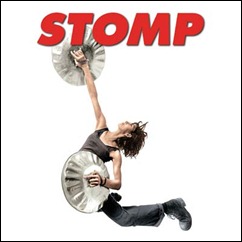 Thanks to the well organized public transport (Underground) system i can find my way easily even though they closed the Piccadilly line for construction. I think if i am not mistaken i got off at the Leicester Square Underground. It was supposed to be the closest underground to the Ambassador Theatre which is located on the west street of the city, Westminster.

It was my first time seeing a musical theatre. Have you ever been to one? If you happen to be in London don’t forget to put it on your to-do-list! 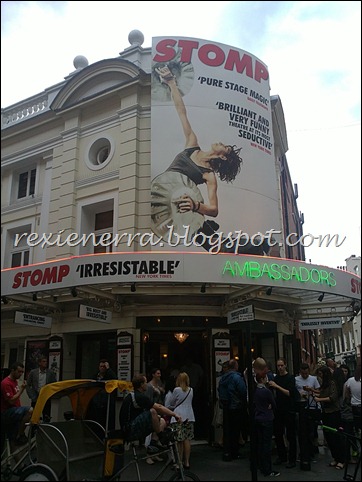 In Malaysia we don’t really have this kind of trend where people enjoys going for a classical theatre except for the art student.I assumed. Actually we do have it but not as much as in London. Currently in Malaysia they are performing the life story of Dr Tun Siti Hasmah  in Istana Budaya. Somehow i felt that the vibe is not the same as the one that i see in London. Well i cant compare it since i haven’t try watching a theatre in Malaysia. I’m saying this mainly to compare the responses from the public about theatre. Most just love to go to cinema.

Illustration of the seats in the hall; source:Google Image

One day i shall try it in Malaysia cause i sure enjoy watching the performance by the STOMP crew. It was definitely brilliant from the start till the end. It was breath-taking and funny, sadly i can’t show you the photo of the  performance or video cause cameras are not allowed during the performance. In a good way, STOMP is a must see-with-your-own-eyes experience and talking about it/showing photos or videos does not  do it justice. 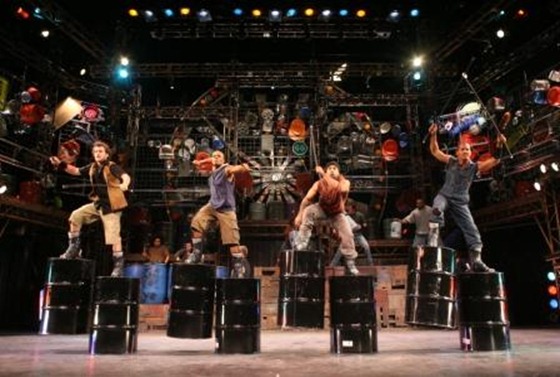 Parts of the scene during the performance; source: Google Image

There are a total of eight performers. They were amazing especially how the manage to amazed and kept us, the audience involved with them. They do all kinds of interesting movement using or sorts of props. The expression on their face some were subtle, some sad, some funny and some simply gob-smacking which makes it all exciting! Not to mention how talented they are. 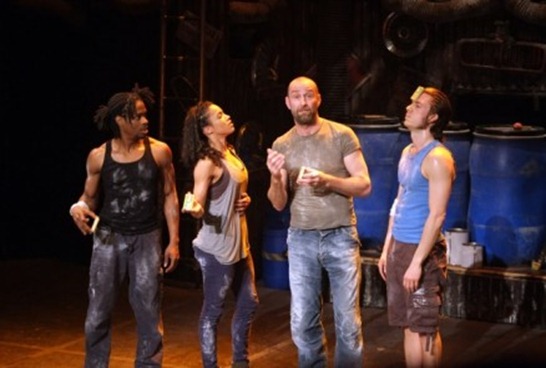 The crew of STOMP; The guy with the blue singlet , he is extremely funny!

It is an hour and a half performance and i was amazed how they could perform without a break with all those energy they used. The performance solely a show without music or speaking, they only used everyday objects to make the music and perform.

Overall it was a must to see musical theatre. The participation of the audience was good and everyone appeared to enjoy the afternoon performance. I would recommend the Show to all ages.

They are casting in 2013 and the bookings are now available at: https://www.theambassadorstheatre.co.uk/Online/default.asp

p/s: i got and waited at the wrong place at first cause i forget the name of the theatre (which supposed to be Ambassador). Silly me. How should i know there are lots of theatre hall on that street and area. LOL. I’m a tourist you see, i know nothing. LOL 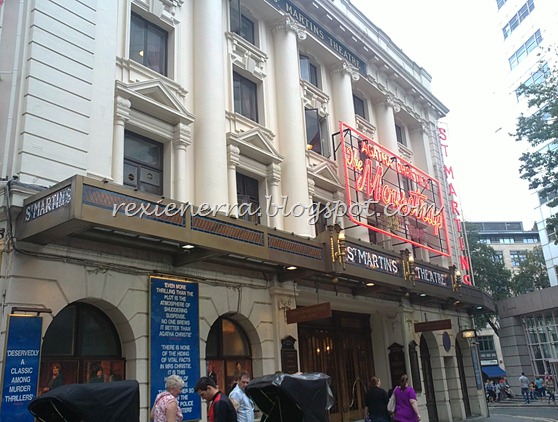