In the previous entry, if you had seen the teaser i had already booked a ticket to Chelsea Football Club, Stadium Tour.I can hardly sleep that night due to the excitement. I was hoping to catch a glimpse of Frank Lampard, Malouda, Drogba and David Luiz but of course i did not. Sad. 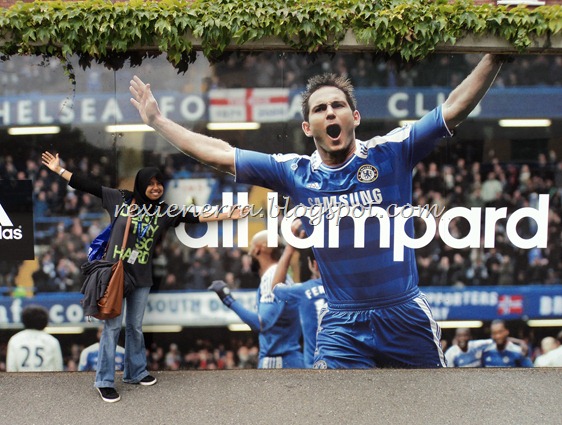 Stamford Bridge is the home ground of Chelsea Football Club, and English football club based in Fulham, London. It is a football stadium and it is unique to the Blues (nickname for Chelsea FC). The bridge and the blues. Sometimes they called Stamford Bridge as the Chelsea Village. Actually this stadium is part of a complex which have hotels, bars, restaurants and Chelsea’s Megastore. Basically it is a purpose to promote the brand of Chelsea FC. Its not about football but it was more the business side for the club. Hey! its important to maintain it to support the Chelsea’s football team. 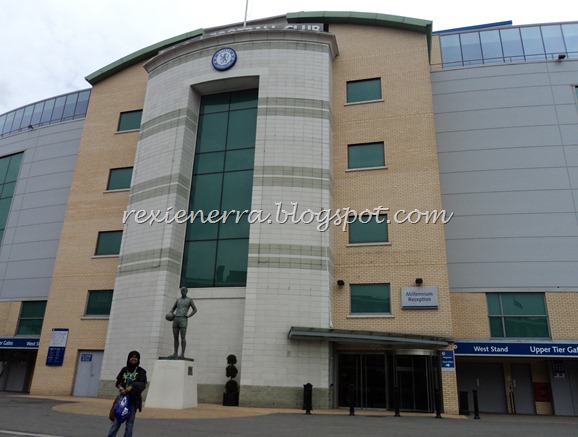 Finally i get to experience to enter one of my favourites football club homeground. So here we go.. 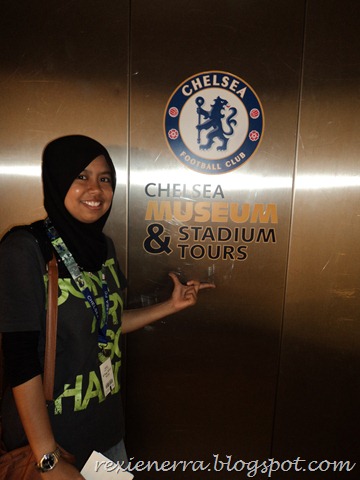 Basically it is a guided tour around Stamford Bridge as well the museum in a fun and informative way. First we were let into the museum that holds the story of Chelsea FC through their interactive exhibits. What i love about it is that how they are user-friendly with all the touch screens and audio-visual shows. They even provide a spot where I get to record and send a video of myself saying hye from within the museum  to anyone in the world through email instantly. Of course i send it to my own email. LOL. 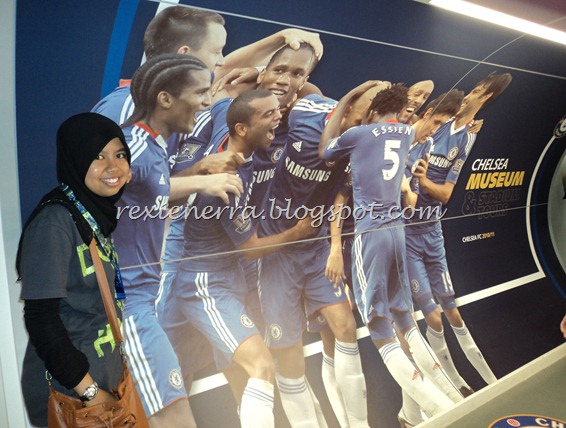 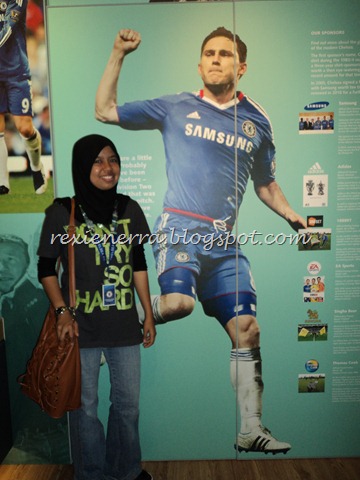 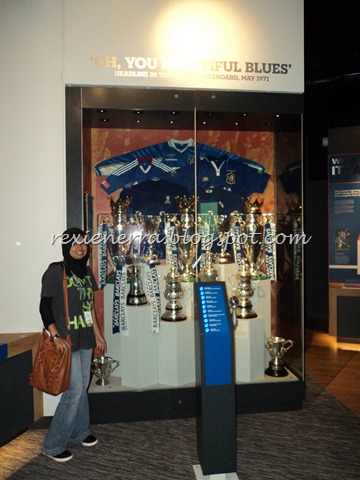 I stumble upon a room which displays all the greatest match that Chelsea FC had won over the years. One of it was this photo below.. LOL Cant help myself to snap a photo of it. 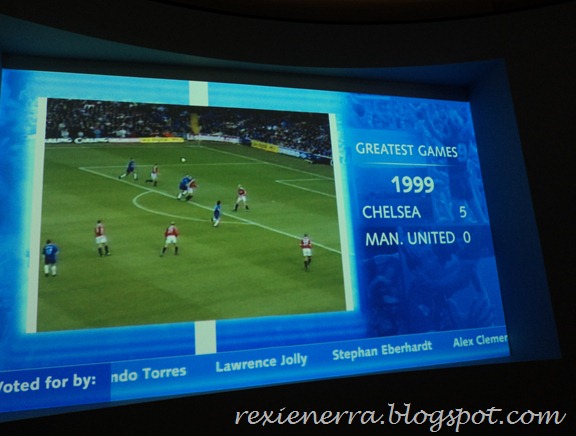 After the museum, we were guided to the next building which is the Stamford Bridge stadium which clearly branded with Chelsea. Everything is blue and white in colour, the proud of Chelsea as proven by their nicknames as The Blues. This stadium used to be the venue for FA Cup Final before being replaced by Wembley Stadium. 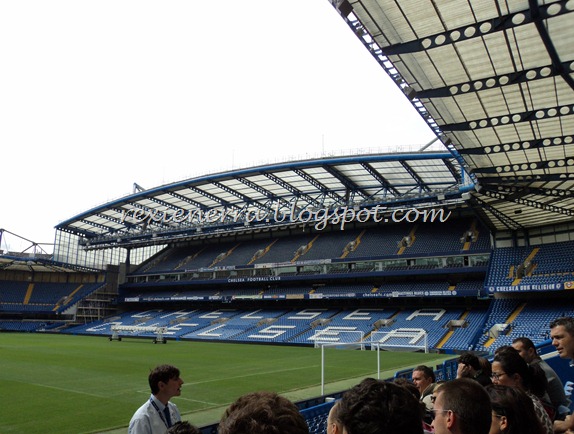 We were told by the tour guide that this stadium have four main stands namely, Matthew Harding Stand (North Stand), the East Stand, Shed End and West Stand. Each stands have different view of the games and of course with different seating plan and prices. 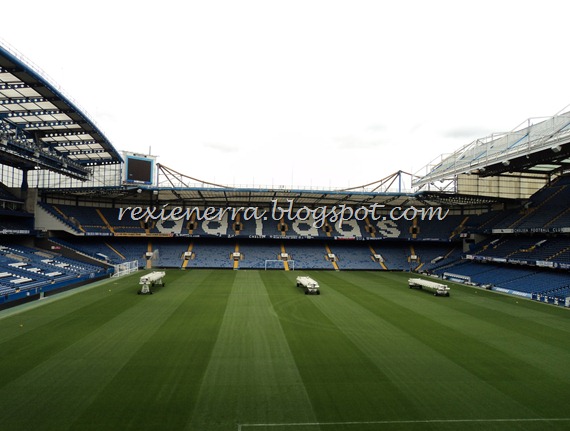 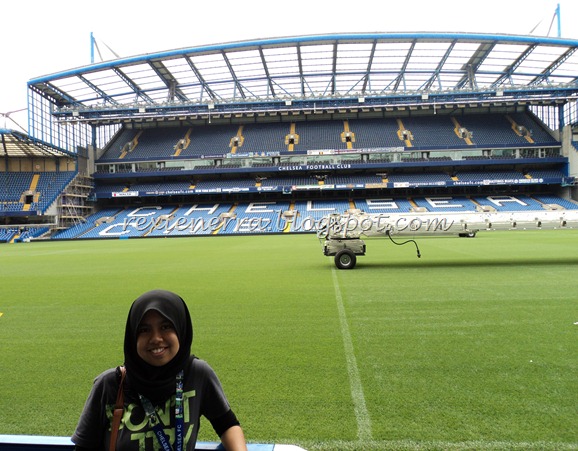 The West Stand with Chelsea wording 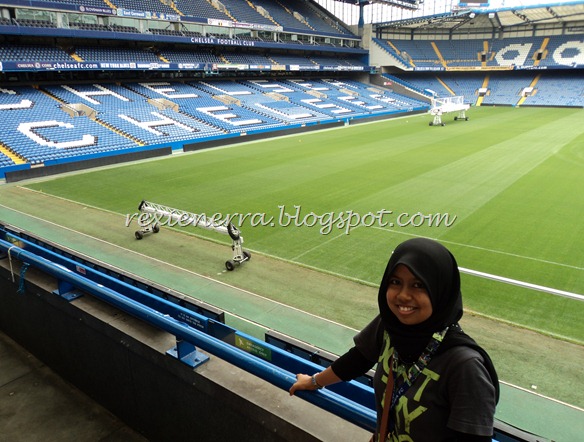 The best seating to see your favourite player close to your eye coming out from the tunnel is the East Stand. It is the heart of the stadium, housing the tunnel, executive suites. It claims that from this side of the stadium holds the best view of the pitch and near to the player. I guess maybe this stand mostly reserves for the family of the player and the VIPs . 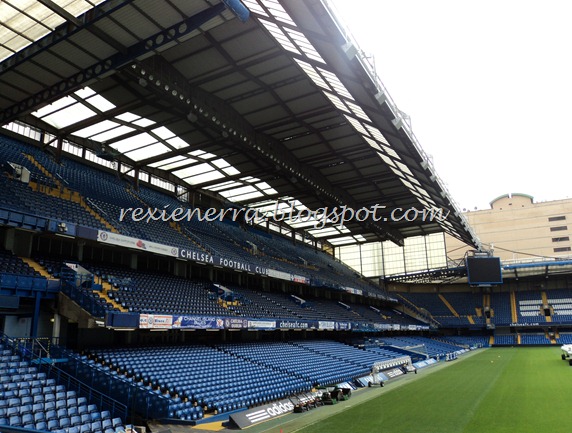 Enough of the pitching side, now we were brought down to through the tunnel (where the player came out from their changing room into the pitch) to the conference room/press room. The press room is near to the changing room and the tunnel to make it easier for the player to move without walking far. 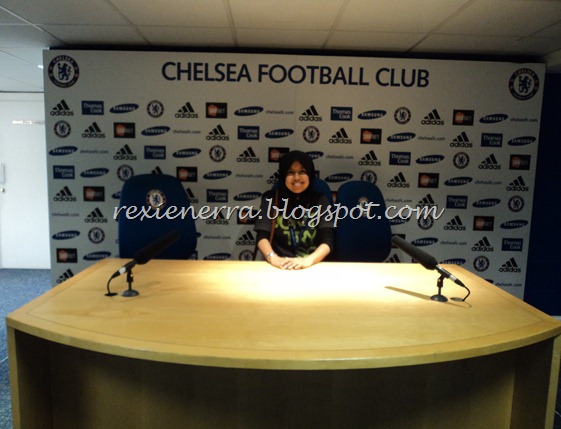 We were all given a chance each to feel the excitement of the press room and take a photo of us there. Opposite the press side there is a bar where the reporters have their drinks while waiting for the player or club manager for press conference. Next we were brought to the changing room both away and home. 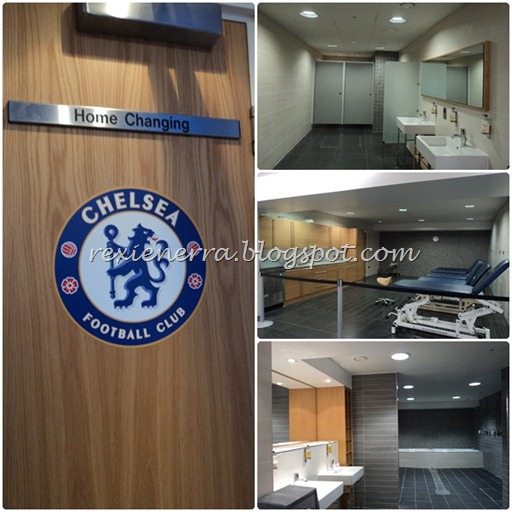 It was awesome to see the place where the player rest and relax while waiting for the match. The are well equipped and furnished. It was absolutely awesome to be in there. To know that you are standing on the same ground where your favourite player had been standing. LOL Wow! it was just amazing to think about Lampard. hahaha. 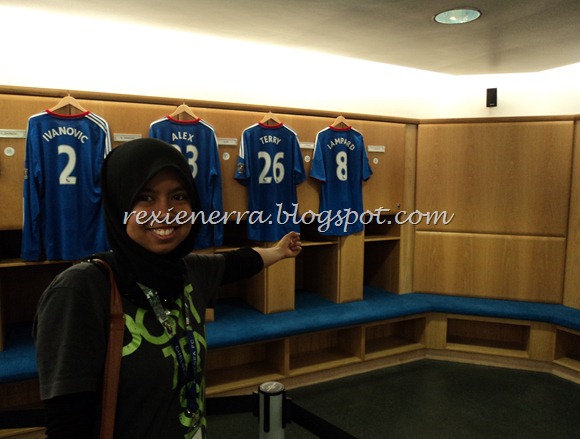 Hey! Its Lampard’s Jersey! Sadly can’t go near it. 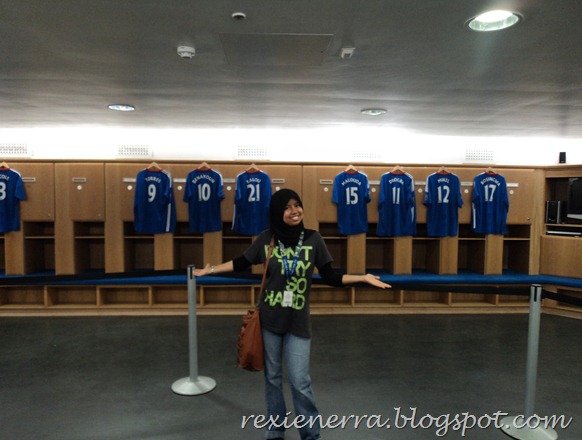 Some of the player’s jersey.

At the end of the tour we were back to the pitch side and we were lead to the Chelsea’s Megastore where we all can get our souvenirs. I did bought something for myself, scroll down more to see it LOL :p 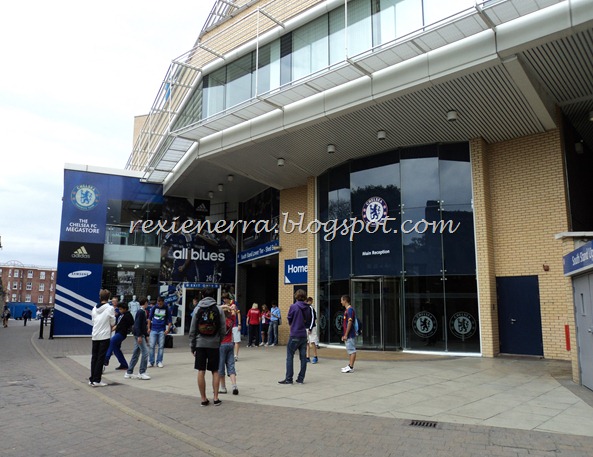 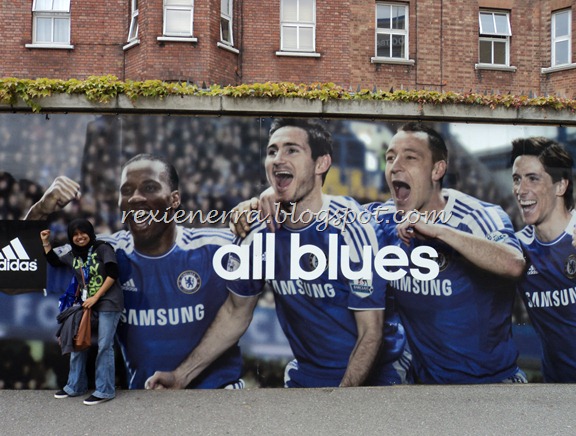 So that was it, the tour to the Chelsea FC Museum & Stadium tour. And i brought back together with me … 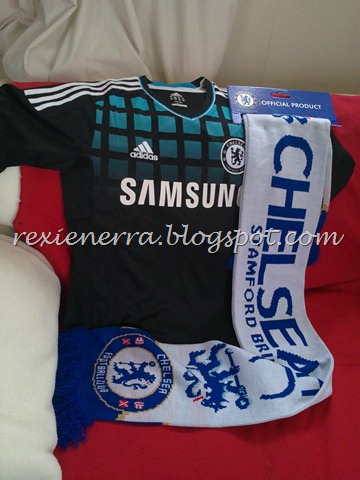 p/s: guess who’s name embedded on the back of the jersey? The one and only Frank Lampard (8)